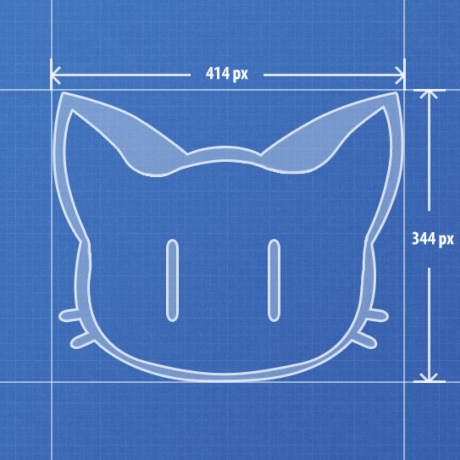 Recently, I published an article "A Quick Glance into Mixin Development" which summarizes Mixin development.

As I mentioned in that article, if you want to create something on Mixin, to start with a bot is an excellent choice. Because in most cases, you don’t have to interact directly with the Mixin Kernel, you can focus on the users, the user experiences, and the business.

I am going to arrange a series of articles about the bot development of Mixin. In the tutorial, I'll introduce the following topics to help you better understand to Mixin development:

I will present all of those topics on the real world code at Github, so you are free to fork and modify it.

To read the tutorial, there is an only prerequisite: you must have some programming experience.

Though this tutorial's code is all written in Go language, but I don't think you should be familiar with the Go language. I believe any skillful programmer will can read and write in Go language by following the official Go tutorial in several days.

Of course you can develop Mixin bot in any language you like, and there are several SDKs written by different languages like Javascript, Kotlin and PHP, but for me, Go is a better choice base on some reasons:

I assume every reader here has already setup a development environment of Go language, includes the compiler and the tool-chain of go, a code editor, etc.

Be a Mixin developer

The first thing you need to do is to be a developer of Mixin.

Visit the developer dashboard on a desktop browser. There will be a QRCode, scan with your Mixin Messenger App to sign in it.

According to the rules, the first two dApps are free, so you don't need to pay for them. Click the button at the top left to create a dApp.

Name your dApp with "All to BTC" at the "Information" tab, and upload a picture as the bot icon.

Switch to "Secret" tab, click "generate a new secret" to get an App secret. Copy it and keep it in a safe place.

Stay in the "Secret" tab, click "Ed25519 session" to get a keystore, which is a json. Download it and save it in a safe place either.

Please keep the App secret and keystore file in safely because they are the only important thing to manage your bot and the money in your bot.

Search the Mixin ID of the bot in Mixin Messenger, it would start with "7000" and like "7000XXXXXX". Tap the search result and add your bot as contact.

Now you are a Mixin developer, let's start.

Start from a simple example

I will start the whole tutorial base on a really simple example from mixin-sdk-go. It is an "echo" program which simply replies everything you send to it.

Open terminal and create a directory at your workspace:

and initialize a Go module:

this command will generate a file named "go.mod" automatically, which contains the dependencies of our example.

Check out the example code of mixin-sdk-go here, you will see a single Go file. Copy everything of the file and save it with name "main.go" in the directory.

The source code is pretty straightforward, but I won't explain the detail about it. Let's run it in the real world and talk about the code later.

There are only two dependencies in the example. Let's install them:

and build the example with the command:

It will generate an executable file in the current directory called "mixin-tutorial".

Assume your keytore file is "keystore.json", copy it to the directory and run:

The program will run and wait for your message.

Now leave it running and open Mixin Messenger, send some text to your bot. You'll see it respond to you with the same content you just sent to it.

The logic of the example is pretty straightforward, we can summarize the entire code as following process:

I pre-pended some comments for every single statement in the example. You can check the source code for details.

Besides the comments, I will explain some key concepts in this article:

When you are going to send or receive a message, you must construct a message structure.

In the official document, it said there are several of fields to be considered; they are:

In this example, I copy the conversation_id, category and data from the incoming message.

The conversation has already existed because user will send a text to the bot so I don't need to create it.

The bot always replies the same content, so the category and data are same as the incoming message.

The message ID in Mixin Messenger is unique, so I use uuid.NewV5 to create a new one with the incoming's message ID and the string "reply", which will always generate a new UUID based on the incoming ID, but different.

To continue receiving messages, I called client.LoopBlaze with mixin.BlazeListenFunc in the example.

This method will establish a connection between the bot and the messaging service which you can read new messages from it and answer them.

mixin-sdk-go simplifies the process. What you need to do is that prepare a function to handle the incoming messages.

In the end of the function, I invoked client.SendMessage to send a message back. Before that, I create own message by creating a mixin.MessageRequest struct, which includes the information I want to respond.

In this article, I introduce the preparations for developing a Mixin bot, and compile, run and explain an example from mixin-sdk-go.

Next time I will go further, this bot will correctly respond to user input, rather than repeating user's message.

If you want to contribute to this tutorial and make it better, your help is very welcome. Please fork this project and discuss with me at Github discussions.